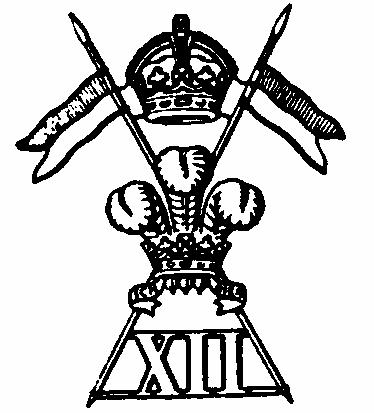 The Regiment was raised in July 1715, as Bowles’ Dragoons, to meet the rebellion led by the Old Pretender. By 1742 it was numbered the “12th” and in 1768 was converted to Light Dragoons and granted the title “12th, or Prince of Wales’s Light Dragoons.

Owing to the fine performance of the French Lancers regiments at the battle of Waterloo on the 18th June 1815, some British Light Dragoons were converted to Lancer Regiments and this regiment was so converted in 1816, and at the same time was granted the title “Royal”. 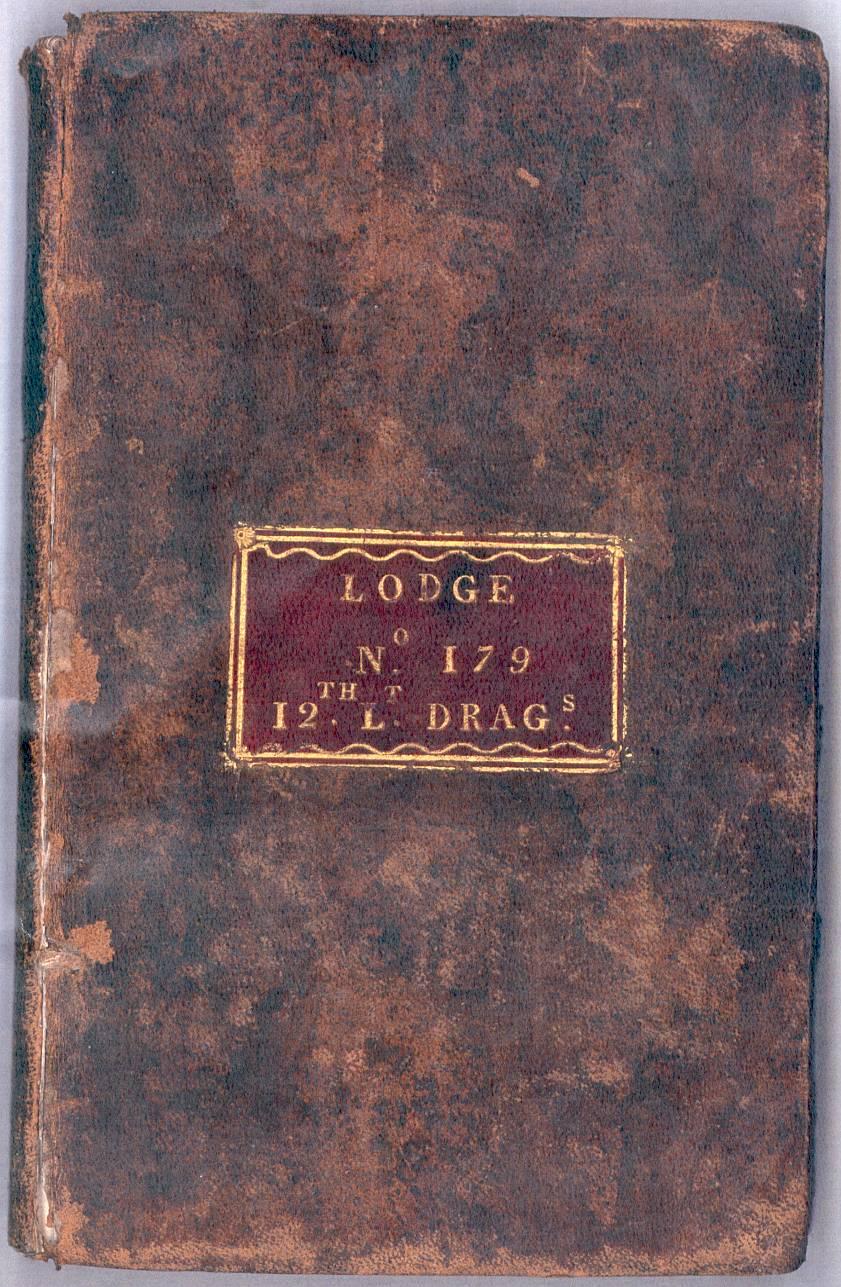 This very book may have been with the Regimental Baggage on the field of Waterloo.

Front page of Book of Constitution of Lodge No. 179. I.C. 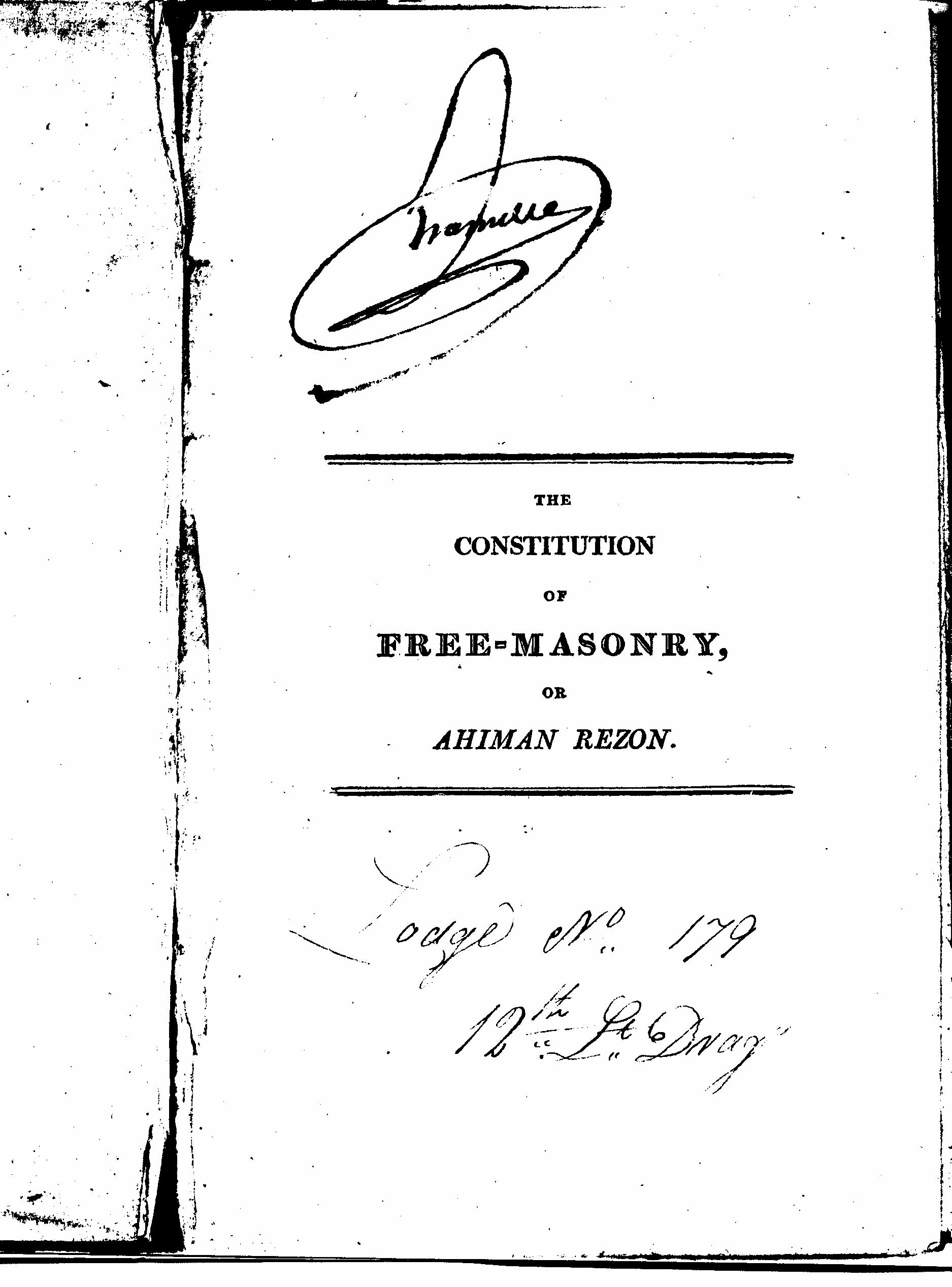 Title pages of The Book of Constitution of Free-Masonry, or Ahiman Rezon, for Lodge No. 179 I.C. 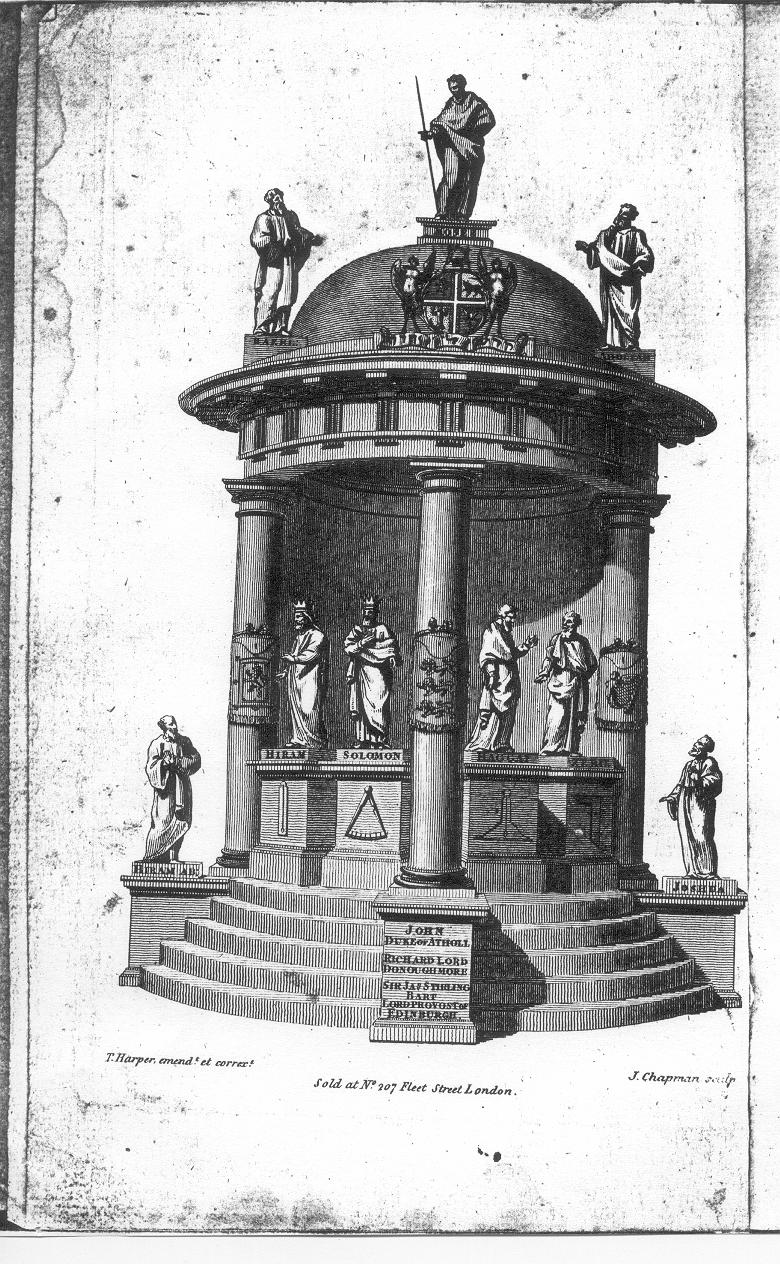 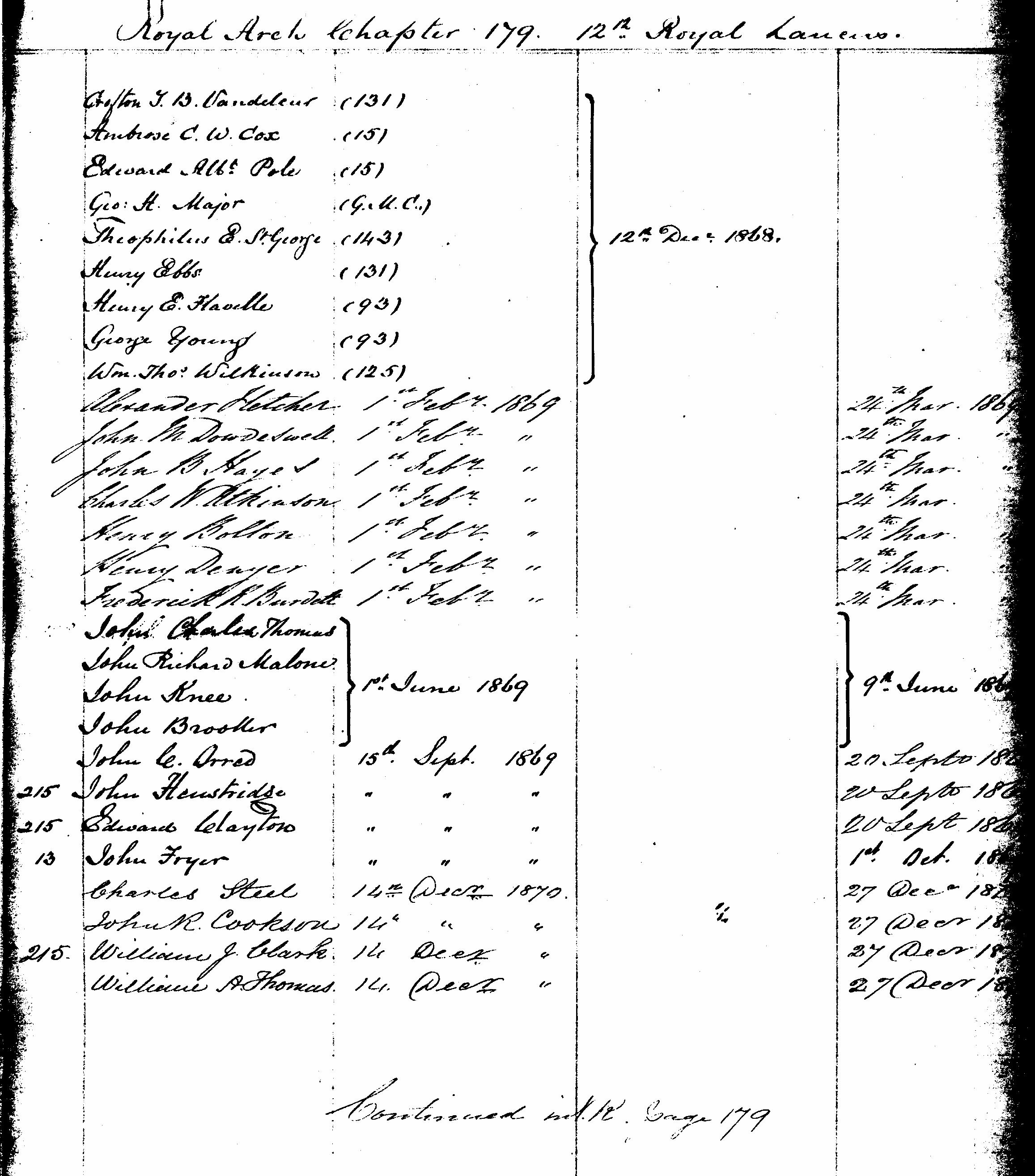